The municipality of Neguac also manages two parks, the Richelieu Municipal Park and the Île-aux-Foins Park. For more details about the parks, visit the Attractions page.

Sports facilities for an active community

The role of the Association des Loisirs Saint-Bernard Inc. is to encourage the organization and development of recreational activities within the limits of the municipality of Neguac and to coordinate sports facilities.

There are no user fees for sports facilities except for the arena, which is managed by a Corporation. However, If you’re planning a tournament or other event, please contact Melissa Near, the Community Development officer 776-3950.

There are two baseball fields

The second, behind the C.S. C La fontaine school at 700 Main Street, is mostly used by mosquito-level teams and for softball tournaments.

The new regulation-size soccer field is inside the track oval, beside C.S.C La fontaine school. It is mostly used by the Neguac Minor Soccer Association.

The two outdoor tennis/pickelball courts on the grounds of C.S.C La fontaine school.

Inaugurated in 2014, the synthetic athletics track is a new gem for the community. It is used not only by the students of the school, but also by all the citizens of the Alnwick area. The track will also be used for major competitions.

The first is located at 1279 Main Street is a small playground with a slide, swings and playhouse.

The second is at the back of the C.S.C. La fontaine school (700 Main Street). This playground is appreciated by the students of the school and by the young people of the community.

The third is located on the seaside at the Ile-aux-foins Park. 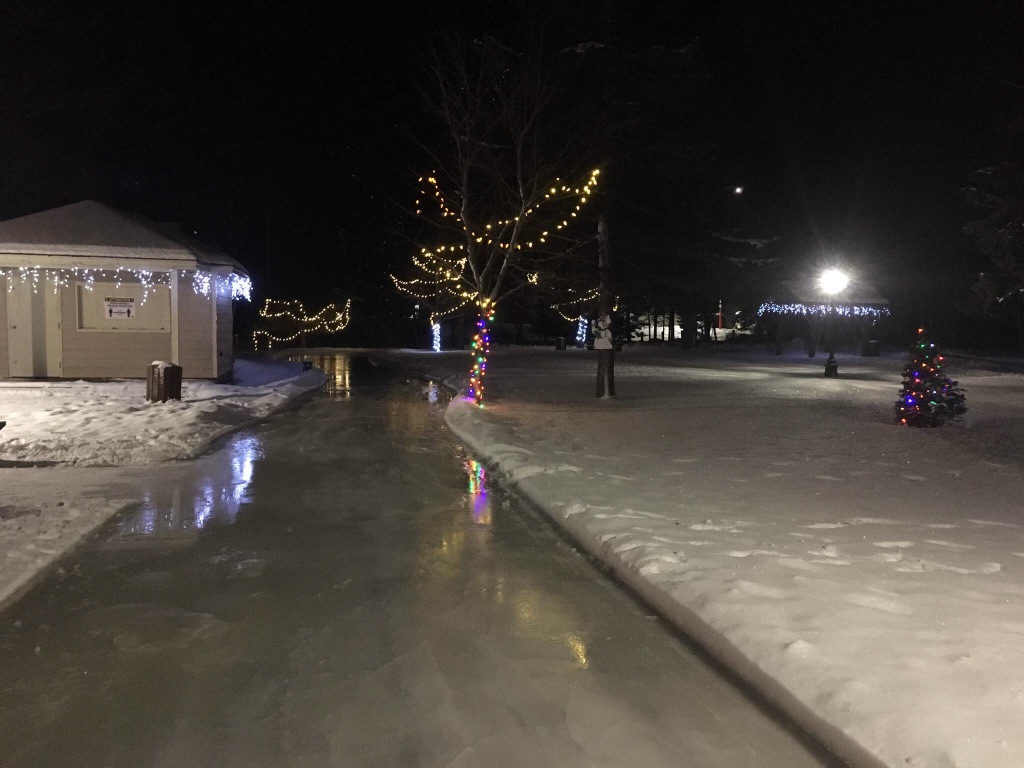 Opened on November 29, 1991, the Neguac Sportplex Arena is used to serve the parish of Alnwick. The Sportplex, run by the Sportplex Corporation and its board members, oversees the programming of the activities and the smooth running of the arena. The sports played in this establishment are mainly ice hockey, figure skating and broomball. Also for those who like to stretch their legs, the arena offers hours of free skating. During the summer, the Sportplex is used for ball hockey and socio-cultural events. For more information, contact Norbert Ross, Manager, at 776-1820.

Centre of Acadian culture beside Native and Anglophone communities

Although it is located between the Esgenoôpetitj (Burnt Church) First Nation and the Anglophone community of Tabusintac, Neguac is an important center of Acadian and French culture. The 396-seat Théâtre Richard-Denys is an ultramodern multifunctional venue able to host not only local cultural productions but also performances from outside professional companies. It’s a comfortable setting for plays and concerts.

In 1988, Neguac was proclaimed the “Savoie Family Capital” to recognize one of its founding families. In commemoration of the event, the municipality inaugurated the Savoie Family Monument.

The Otho Robichaud historic site at 17 Otho Street was designated by the province of New Brunswick in 1994. On October 9, 2001, the Minister responsible for Culture and Sport Secretariat designated the site.

A number of organizations serving the community

Board of Management, Parish of St-Bernard